Jhansi is the historical town of north India which is frequented by travelers, visitors and tourists from all round the globe. It is the district headquarters of Jhansi district, having good connectivity to all major towns of India by direct train links. Jhansi is "Gateway to Bundelkhand" as it connects the major towns and cities of Khajuraho, Orchha and Gwalior. Jhansi is the biggest Railway junction in the North Central Railways. 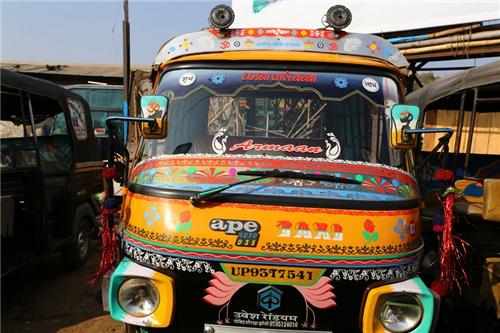 Jhansi is a connecting point of both North-South Corridor and West-East Corridor National Highways. Transport to and within Jhansi is well developed. The popular modes of transport within Jhansi town include public buses run by the Uttar Pradesh Government, tempos and rickshaws.
The nearest airport is Gwalior at 98 kilometres and Khujraho at 178 kilometres. Jhansi is connected by good motorable roads connecting the major cities in India:

How to Reach Jhansi By Train

Jhansi has the biggest Railway Junction of Central India and comes under the North Central Railway, the headquarters of which is in Allahabad. New Delhi-Bhopal Shatabdi Express takes around 4.5 hours from the Capital to reach Jhansi. All major regions and cities like Jammu, Chandigarh, Mumbai, Dehradun, Bangalore, Ahmedabad, Hyderabad, Thiruvananthapuram, Chennai, Kanyakumari are connected to Jhansi. One can hire auto rickshaws, taxis and tempos from the railway station round the clock. The prepaid booth located here ensures safe and hassle free travel at fixed rates else you may end up negotiating hard.

How to Reach Jhansi by Car

How to Reach Jhansi by Bus

The city bus stand at Talpura is located on the main Jhansi-Kanpur highway. Passengers traveling Gwalior, Agra, Jaipur, can alight either at BKD Chowraha or Elite Crossing.

Getting Around in Jhansi

The City Bus Stand is located in Talpura. Buses to the neighboring towns as well as the main cities ply at regular intervals from the Government Bus Stand. Buses connecting Jaipur, Agra and Gwalior also have few stops within the city.

Mini buses are also available for inter-city as well as travel to nearby places like Orchha, which are generally crammed up with passengers.


Tempos: It is the cheapest way to move around the city which carry up to eight passengers. These are great for inter-city travel as well as to the neighboring towns. However, most of these tempos exceed their passenger limit while they travel outside Jhansi and carry up to 15 passengers. This can be quite a tiring, crammed up and treacherous on you. In these cases it is best that you hail a bus or take a rickshaw from Jhansi.

Rickshaws are good for inter-city travel as well as for travel to nearby villages and towns. Rickshaws can be very pricey as the fares are applicable as per the whims and fancies of the rickshaw pullers. It is safer if one can negotiate on the fare before hailing the rickshaw.

Private Taxis run by private operators available at the taxi stand near the Cantonment area. You can choose from a wide range of taxis including Toyota Innova, Tata Manza, Maruti Omni, Tata Indigo, etc.

Some of the private travel operators include