Jhansi reflects various period of history and is dotted with forts, monuments, gardens and temples. Temples belong to various ages including the ancient, medieval times as well as the modern era. One of the ancient temples here is Mahalakshmi Temple built during 18th century. Ancient temples built during the 9th century are found in Barua Sagar while Bundela temples can be found in the nearby areas of Orchha and Jhansi city. Some of the popular temples here are:

Built during the 18th century, this temple is one of the oldest in the city and the principal deity here is Goddess Lakshmi. The temple displays fine architecture with engravings of multifarious forms of the Goddess.

This temple is located in Jhansi Fort premises and was built in the 18th Century by Naroshankar. The Shivalinga here is made of granite stone and is a fine example of Bundela and Maratha architecture.

This temple is located inside the Jhansi Fort premises that was used by the Royal family. The marriage of Raja Gangadhar Rao with Rani Lakshmi Bai was solemnized here at the Ganesh Mandir.

This temple is a popular Jain temple in Jhansi located underground and is dedicated to Lord Parshwanath. It is located 5 kms from Jhansi town. 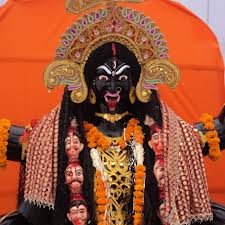 The Goddess Kali Temple is located inside the Lakshmi gate and is one of the most revered temple here in Jhansi.

Located at Jhansi, this temple is dedicated to the Digamber sect of Jainism.

Located at Khushipura in Jhansi, this temple is dedicated to Lord Buddha.

This temple encompasses the main deities of Hindu religion. A clean and well-maintained temple at Jhansi with well decorated facades is popular among locals, tourists and the like.

This temple is built by the Rashtra Seva Mandal under the guidance of Pandit Raghunath Vinayak. The principal deity here is Lord Shiva.

Here is a list of temples in Orccha, a place near Jhansi.

This temple is an example of Bundela architecture, marked by beautiful and well defined facades that has stood the test of time for over 300 years.

This palace-turned-temple has a relatively simple architecture set as a quadrangular structure. Despite its simplicity, the temple is a fine example of Bundeli architecture as well.

This temple is located south of Rama Raja temple. This is a combination of temple and palace architecture. The relatively simple sanctum is set within the high vaulted walls.