St. Jude's Shrine at Jhansi is built in memory of St. Jude and is patronized by the Diocese of Jhansi. It is located in the Cantonment area of Jhansi and is popular among the Catholic community across the country. It is believed that the bone of St. Jude is buried here. Christians from all over India come together during the Feast of St. Jude which is celebrated on October 28 every year. 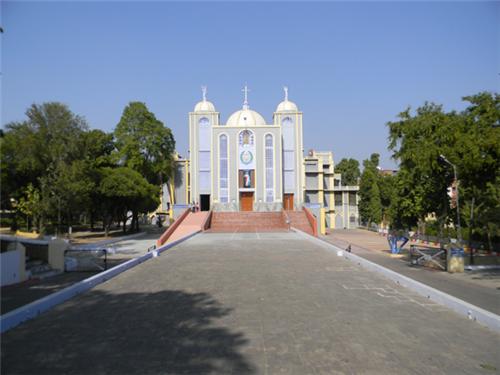 The shrine was built in 1947 as a temporary chapel. With visitors pouring in from all round the globe, the need to have a bigger church was felt.

St. Jude was one of the twelve apostles of Jesus Christ chosen to spread the gospels of Christianity. He had spread the gospels in Syria, Mesopotamia, Beirut, Persia and Lybia before he became a martyr in Armenia which was then under the rule of Persia. It is also believed that he had suggested to Jesus Christ to manifest on the people of earth after assuming resurrection at the Last Supper. He invoked the principles that faith should persevere even in times of difficulty, harshness and suffering. It is believed that he could have possibly become a martyr along with St. Simon near Persia.


Explore more about Tourism in Jhansi