Places to Visit near Jhansi

Jhansi and its outlying towns of Orchha, Barua Sagar, Parichha, Chirgaon are dotted with many places of historical importance as well as the ones built during the modern era. Temples, monuments, dams and canals, museums are dime a dozen here. Jhansi is a popular place of halt for tourists visiting other cities around like Gwalior, Khajuraho, Daria, Orchha etc. The place hence, is rightly called the "Gateway of Bundelkhand". 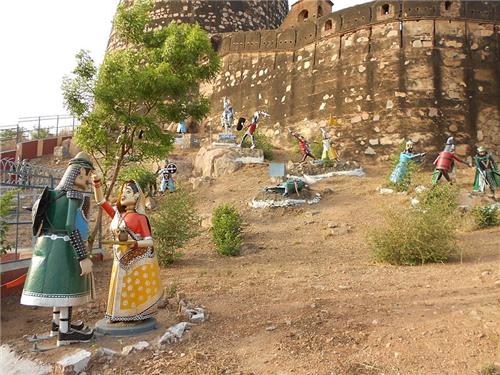 
Parichha Dam is located 23 kilometers from Jhansi on the Jhansi-Kanpur Highway. The Dam is built across the Betwa river during the British Era and stretches upto 34 kilometers till Notghat Bridge. The town of Parichha is also known for its Thermal Power Station, having a total production capacity of 640 MW. Tourists and visitors throng to this place to enjoy the sight and sound and the placid water for activities like boating and and water sports. 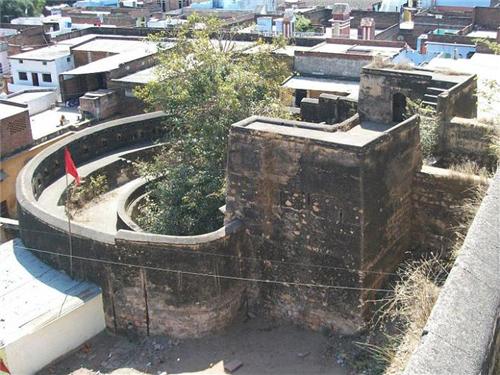 The quaint little town of Chirgaon, famed as a birthplace of three literary figures, Shri Mythali Sharan Gupta, Shri Siyaram Sharan Gupt and Munshi Ajmeri is located 30 kilometers from Jhansi. The three city gates, and a fort, the lakes and grounds belonging to the bygone era have been relatively well maintained. Predominantly an agrarian economy, Chirgaon has an agricultural college and a Krishi Utpadhan Mandi and has various centers for the benefit of farmers.

Some of the places to visit in Chirgaon are Shiva Sai Temple, Hanuman Vatika, Gayatri Temple, and the Chirgaon Fort.


Barua Sagar Dam is located 24 kms from Jhansi. The village of Barua sagar is popular for the Barua Sagar Tal or Dam built during the early 18th century. It was a battle site; the war that took place between the Marathas and Bundelas for the supremacy of power in 1744. The place also has several temples and forts dating back to the 8th Century. The idyllic location of the dam makes it an ideal getaway point from Jhansi.


The historical place of Datia is located 34 kilometers from Jhansi. The original town of Datia is within the stone walled structure. Till date the relatively well preserved wall houses temples, palaces and gardens belonging to the bygone era. The Palace of Bir Singh Deo is an architectural marvel which is detailed with fine engravings carvings and dome kiosks. Other places of interest here in Datia are, Palace of Veer Singh, Buglamuti Devi Temple and Shri Peethambra Devi.


The historical city of Orchha is an outlying town located 15 kilometers from Jhansi city. It is popular for its medieval stone architecture that is so well depicted in its forts, palaces and monuments. Some of the popular places here are the Palace of Rai Praveen, Dheenmaan's Palace, Chathurbhuj Temple, Rama Raja Temple and the Jehangir Mahal.