MLAs and MPs from Jhansi

Jhansi is the 46th Lok Sabha Constituency and comprises of five districts namely- Lalitpur, Mehroni, Jhansi Nagar, Mauranipur and Babina Cantonment. Jhansi is represented by five members at Legislative Assembly and one is the Member of Parliament.

Member of Parliament from Jhansi

The first time MP, Pradeep Aditya Jain is the only candidate from the Congress party from the region of Bundelkhand. He was inducted to Parliament in 2009 and is currently serving as a Minister of State for Rural Development.

Having completed L.L.B. from the University of Bundelkhand, he served at the City President of UP Congress in 1996. Later he was elected twice as a Member of Uttar Pradesh State Legislative Assembly 2004 and 2009. In a poverty-ridden district of Bundelkhand, the efforts of Pradeep Aditya Jain has been widely acknowledged. During his tenure he has worked extensively to benefit the farmers and growers and has also been instrumental in developing the infrastructure of the district.

Members of Legislative Assembly from Jhansi 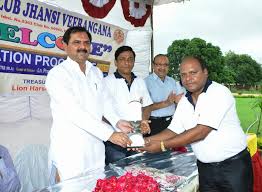 Ravi Sharma is elected from the Jhansi District constituency from Bharatiya Janata Party. He had contested the elections for the second time in 2012 after losing the elections in 2002 from Soron Constituency. 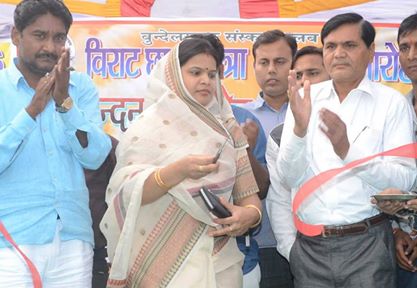 Ghanshyam Anuragi won the 2009 Parliamentary elections from Jalaun Constituency. He won with 35.49% votes from the Samajwadi Janata Party.

He won the Assembly elections from the Garauta Constituency. He represented Samajwadi Janata Party gaining 33.72% of the votes.