Jhansi is a popular tourist destination among tourists who wish to explore the various facets of history of India. Known for heroism and valor, Jhansi is synonymous to Rani Lakshmi Bai. Due to easy accessibility, Jhansi is a popular hub among tourists who want to explore the reigns of the city as well as its outlying towns. Various options for accommodation are found here in Jhansi across all categories. Some of them are: 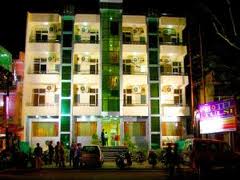 Jhansi being a popular tourist hub has various 3 star hotel options that make your stay here a memorable one. All the modern amenities such as free wi-fi, pick up and drop facility from the airport/railway station, laundry facilities, in-house dining facilities are available in most of the luxury hotels in the city. Besides, they are all centrally located and close to most of the landmarks of the city.

Budget hotel options are available in plenty as the city offers a wide choice to choose from. Coupled with great comfort, spacious rooms, in house restaurant facilities, most of these restaurants are located in a convenient location and close to city center.

There are a number of options available for cheap stay options in Jhansi as the city offers a choice of guest houses, lodges, which provide basic, functional rooms coupled with comfort.