Being the Administration capital, all the District offices, Courts and Forums are located in Jhansi. The Kacheri area in the Cantonment houses the administrative offices, offices of the lawyers, etc. The courts in Jhansi oversee the matters pertaining to the towns of Mauranipur, Moth and Garota. The courts having judicature over the District Jhansi are as follows: 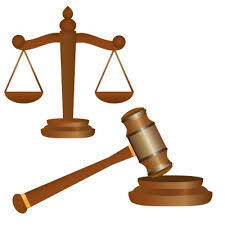 
Jhansi District Court is located in the Cantonment area of the town. The district courts have both original and appellate jurisdiction over matters pertaining to civil, criminal, family, motor vehicles compensation, family and other matters. Apart from this, matters such as Prevention of Dacoity and Prevention of Atrocities are dealt under special courts too. Thrity one sanctioned officers in Jhansi District include Additional District and Sessions judges, District Magistrates - Junior and Senior Division, small Causes Judges and Family Court judges. Appeal to the matters decided by the District Courts lie at the High Court of Uttar Pradesh in Allahabad.


The family court in Jhansi comprises of original and appellate jurisdiction in matters pertaining to divorce, maintenance, custody of Children under the Hindu Marriage Act. The Principal Judge - Junior Division and the Principal-Judge Senior Division are constituted to hear the original and Appellate matters respectively. In-camera proceedings are held in matters that require privacy such as divorce, family matters and custody of children, etc.