Known for its rich history, distinct culture and unique traditions, Jhansi has witnessed a phenomenal share in historical events which can be traced back to the 6th century or even before. Jhansi rose to prominence after the 15th century when the Bundelas occupied this part of their region. The comprehensive historical events of Bundelkhand can be summed up as follows: 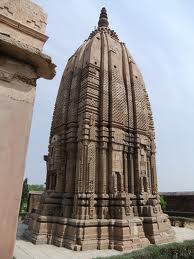 Pratiharas more popularly known as Gurhara Pratiharas occupied the regions of Central India. At the pinnacle of their rule, their kingdom was more widespread than Guptas and Mauryas.

Many temples, forts and monuments belonging to this period have been traced in areas surrounding Jhansi, such as Barua Sagar, Chirgaon, Datia and Orchha. The Barua Sagar Fort, built during period of Pratiharas is an example of fortress built on the hills. The temple Jerai ka Mutt is an example of Pratihara architecture which depicts multifarious forms of Vishnu. However, the Pratiharas lost most of their acquired kingdom during the attacks of Mahummud Ghazni and later, after their absolute downfall, the Chandelas rose to power in Bundelkhand.

10th Century to 18th Century - The Reign of Bundelas


Chandelas were a clan from the Rajputs of Rajasthan who had a stronghold over Bundelkhand from the 10th Century till the medieval times. Maharaja Rao Vidhyadhar was the most popular Bundela ruler who defeated the armies of Mahmud Ghazni, when he repeatedly carried out attacks against the Chandela Empire.

Art and architecture gained impetus during their rule and several temples such as Khajuraho, and forts such as the Kalinjar Fort were built during their times. The kingdom rose to prominence during the rule of Maharaja Bir Singh Deo of Orchha who constructed the Jhansi Fort on top of the large hill called Bangira. He built various temples in Orchha, including the Jehangir Mahal built in remembrance of his friend, Mughul Emperor Jehangir. 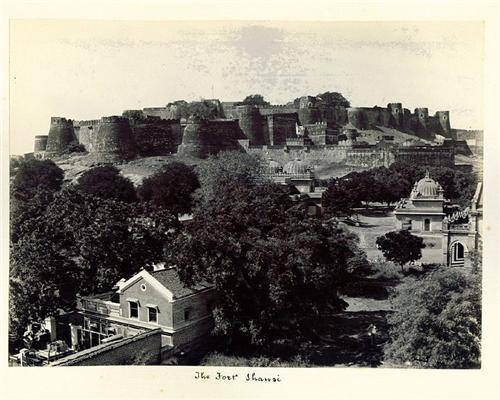 Historically, the reign of Maharaja Chattrasal between 1680 and 1730 is very significant. Known for his warfare, courage and integrity, he led series of battle against the Mughal Emperor Aurangzeb and established a strong kingdom in Bundelkhand. In 1729 when Muhamud Bhangash attacked his empire he sought the help of Maratha Peshwa Baji Rao-I, to help him restore his kingdom. As a mark of gratitude, Naroshankar, Peshwa ruler was made the subehdar of Jhansi. During his reign, he strengthened the Jhansi Fort and extended its walls stretching up to 15 kilometers. The extended wall is called as Shankergarh. However, he was forced to flee Jhansi by the local Gosavi Raja in 1756. 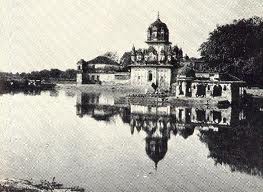 The Peshwas appointed Raghunath Rao Newalkar as the subehdar to quell the revolt as well as to keep the local Bundela rulers under control. His reign is most significant - culturally, politically as well as economically. He built the famous Mahalakshmi Temple, Raghunath Temple, Lakshmi Mahal and was the First Indian who could read, write and speak English. After his death in 1796, his brother Shivaraobhau Newalkar took over the kingdom. 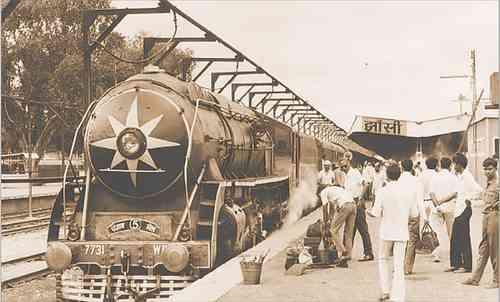 Ramachandrarao, the grandson of Shivabhaurao Newalkar succeeded him in 1817. He died without any legal heirs to take over the kingdom of Jhansi. His uncle Raghunath Rao was made the ruler of Jhansi. Later after his death, his son Gangadhar Rao Newalkar, ascended the throne. Raja Gangadhar Rao was known to be very extravagant who spent a lot of money in princely trappings. After the death of his first wife Ramabai, he married Manikarnika Tambe, who later came to be known as Rani Lakshmi Bai. After his biological son died, he adopted Damodar Rao, just the day before he died on 28th November, 1853.

By this time, the then Governor General, Lord Dalhousie, passed the Doctrine of Lapse. This aimed at acquiring those Indian kingdoms that had no legal heir to succeed the throne. By applying the principles of Doctrine of Lapse, the queen was made to forcefully renounce the throne for a measly Rs. 5,000 per month. Her repeated requests to recognize Damodar Rao as a rightful heir to the throne was turned down by the British. The queen was displeased by the attitude of the British in not recognizing Damodar Rao as the heir. The killings of cattle in Jhansi also caused a lot of grief and pain to the queen. She then decided that she would fight for the rightful title over the kingdom of Jhansi.


Jhansi woke up to the ripe of rebellion during the period of 1857-1858. Few men from Bengal Native Infantry seized the fort and massacred the British officers and brutally killed their wives and children. In order to avoid such dishonorable death and gruesome attacks, some officers committed suicide and some even killed their own wives and children.

On the request of Rani Lakshmi Bai, the British felt obliged and let her assume power in Jhansi temporarily and to put things under control. Jhansi enjoyed peaceful time under the rule of the queen till the beginning of 1858. During this period, she strengthened the army of Jhansi and built a strong infantry and cavalry. When the British came to Jhansi in March 1858, they appealed to the queen to hand over the kingdom in favour of the British. The Rani refused to do so and decided to fight for the throne of Jhansi, uttering the iconic words -“main apni Jhansi nahin doongi” 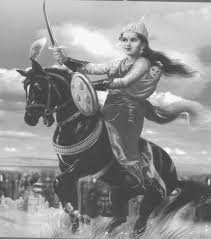 After series of negotiations, the British troops headed by Sir Hugh Rose besieged Jhansi on March 23rd. During the series of attacks that followed, parts of the Jhansi Fort were destroyed; street fighting was seen in city, women and children put in an equal fight against the British. The Rani in spite of putting on a brave front lost almost 5,000 of her people in the war against the British troops. Seeing the mass killings and sufferings, she thought it futile to resist further and decided to surrender to the British. She fled from the Jhansi Fort on the horseback of Badal and carrying her son on her back. She joined the troops of Tatia Tope and Nana Sahib at Kalpi and was killed in the battle at Gwalior on June 18th.


In 1861 it was ceded to the Gwalior state and Jhansi became its province. As a mark of territorial swap in 1886, Jhansi was handed back to the British in exchange for the Gwalior Fort and Morar, that became a part of Gwalior. Jhansi was under the control of British till India attained Independence in 1947.

In the wake of Indian Independence and thereafter during the reorganization of states, Jhansi came under the state of Uttar Pradesh. Medical college started here in Jhansi.

With various developmental activities and good infrastructure, Jhansi has emerged as a fast developing town. Its proximity to the other historical towns, makes it a great tourist hub and haven among history lovers.

Explore more about History of Jhansi