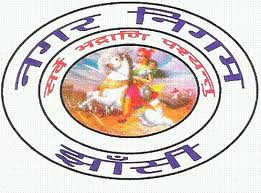 Jhansi is the historical town located in the North Central part of India. It is the administrative headquarters of Jhansi district having a consolidated population of more than 8,00,000. Jhansi is divided into 5 tehsils, 8 blocks and 437 gram panchayat. The district administrator, superintendent of police, collectors and officers at various levels of hierarchy are cumulatively in charge of the administration of Jhansi. The city is divided into 60 wards covering a total 5028 square kilometers. The Mayor and the commissioner are in charge of the city. Jhansi is divided into two parliamentary constituencies and five constituencies in the legislative assembly.

Jhansi Nagar Nigam is local body having powers in matters pertaining to the overall development of the area. Jhansi is classified under the category of Urban Local Body (ULB) by Uttar Pradesh Government. It is constituted under the provisions of Constitution of India and the members of the governing body are elected directly by the people. The mayor and the corporator are the elected members of the Corporation. The Nagar Nigam is in-charge of providing the people the basic amenities like sanitation, road maintenance, civic services like registration of birth and death, development of parks and maintenance. Funds come by way of collection of property tax, stamp duty, registration fee, trade licenses and lease and rent of property. The office is located at: Jhansi Nagar Nirman, Shivpuri-Jhansi Road, Civil Lines, Cantt, Jhansi, Uttar Pradesh 284002

This is an innovative step of e-governance that is introduced in Jhansi. The main objective of this scheme is to make the administrators accessible to the general public. A toll-free number is provided where people irrespective of class and creed, can register their grievances. It is based on the principle of justice for all. It is also a cost-effective and speedy.
Toll free No.: 1077, 0510 (2371100) (2371199)

The district collector is the administrative and revenue head of Jhansi district, who is responsible for the overall administration, maintenance of law and order, hearing cases to land matters, etc. During the situation of crisis, he can take suo-moto decisions for better of general public and their safety. In Uttar Pradesh, he is known as the District Magistrate, who is appointed on basis of civil service exam. Jhansi's three divisions, Jhansi, Lalitpur and Jalaun come under the collector.

District and Sessions court of Jhansi hear civil and criminal matters which come under the jurisdiction of Jhansi District. They have powers to entertain both original and appellate matters which includes appeal against the ruling of the lower courts, land tribunals etc. In total 29 judicial officers preside over across various levels of courts.
Telephone No. of District and Sessions Judge: 2470582

A total of 29 police chowks and stations are spread across the five districts of Jhansi. The Superintendent of Police is the authority when it comes to enforcement of law and order.
Telephone